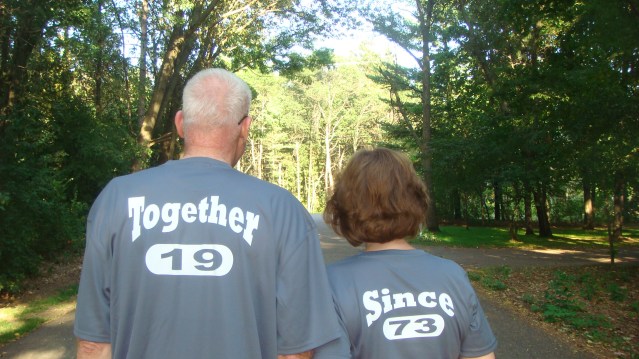 Note to Self:  Look for condo in Blue Zone

There is an old and fragile scrapbook stashed between old journals and cherished novels in my bookcase that contains the essence of a single year of my family’s life on a mere 9 x 12 inch page.  I have recorded the highlights each and every year since 1973.  Memories are precious.  It has been a phenomenal task to whittle a year of living onto one page at year’s end.  There is a quote, written in the year 2007, when I was first diagnosed with heart disease and received two Cypher stents:

“Grow old with me the best is yet to be.”

I only had 12 pages left in my scrapbook at that time and thought hopelessly that it should be reasonable, if not more than needed.  This year my husband and I celebrated 40 years together.  That is why the chronicle about Blue Zone living appealed to me.  Maybe now, we can grow VERY old together and maybe the VERY best is yet to be.

I listened diligently when I heard the news commentator talk on a recent CBS This Morning: Saturday Edition about The Blue Zone concept – the areas in the world where people live long lives – over 100 years.  They were interviewing Dan Buettner, who wrote

“The Blue Zones: Lessons for Living Longer
from the People Who Lived the Longest.”

Mr. Buettner appeared energetic and sparked an enthusiasm and love for life that was contagious.  I wanted to know more about him and what he was preaching.  Dan Buettner is a Midwesterner, born in St. Paul, Minnesota and has lived an active lifestyle, traveling and biking and exploring.  He is a New York Times best-selling author, an educator, a National Geographic fellow and a public speaker holding three world records in the area of endurance bicycling.   His wanderlust and adventure-ridden spirit has taken him around the world and spurred an interest in demographics and longevity of life, health and happiness.  He began investigating “blue zones”, which Wikipedia defines as “a concept used to identify a demographic and/or geographic area of the world where people live measurably longer lives.”  Along with AARP,  Mr. Buettner applied his principles of Blue Zones to Albert Lea, Minnesota.  Life expectancy was raised.  Health care costs were lowered by 40 percent.

I know I piqued your curiosity about the Blue Zones and you are wondering…. hmmmm… where are they, so I will include them for you.  The five Blue Zones identified by Dan Buettner are:

2.)  The islands of Okinawa, Japan

The televised interview further spurred my curiosity as the conversation lead to what the lifestyle changes were.  There really did not seem to be any monumental new findings or human challenges to overcome.  It all sounded like common sense. Although his plan focuses on improving the environment for health rather than individual behavior change, it expressed similar sentiments to what I had been hearing and reading from the American Heart Association.  I have heard it over and over in recent years.  We hear but do we listen?  Sometimes it is not until a life-changing event (like a diagnosis of heart disease) happens that we fully pay attention.  Through re-structuring our lifestyle and eating habits, our sense of community and spirituality, we can add decades to our life.  The Blue Zone research team assembled nine strategies for longevity, known as the Power 9.

1.)   Move Naturally – It is more important to live in a place that encourages you to move all day long.  Exercise is more than sitting in a chair all day long and then going to the gym for 30 minutes.

2.)  Purpose – We all need a “reason to wake up each morning.” (Worth 7 extra years of life expectancy)

3.)  Down Shift – It is well known that chronic stress exposes the body to unhealthy and elevated levels of stress hormones like adrenaline and cortisol that are linked to heart disease.

4.)   80% Rule – Stop eating when your stomach is 80% percent full. People living in the Blue Zones eat their smallest meal in the late afternoon and then they don’t eat any more the rest of the day.

5.)  Plant Slant – Beans, including fava, black, soy and lentils, are the cornerstone.
Meat—mostly pork—is eaten on average only five times per month.
Serving sizes are 3-4 oz., about the size of deck or cards.

7.)  Belong – All but five of the 263 centenarians we interviewed belonged to some faith-based community.  Denomination doesn’t seem to matter. Research shows that attending faith-based services four times per month will add 4-14 years of life expectancy.

9.)  Right Tribe – Surround yourself with people who promote and support healthy behaviors.

Recognizing the distinctive features of the Power 9 and incorporating them into our daily routine, you, too, can achieve longevity.

And, of course, for my husband and me, we are off to get another scrapbook for the NEXT forty years!

← Stuff I Miss… since my diagnosis of coronary artery disease.
The Eucatastrophe of External Counterpulsation (EECP) →

Bringing you up-to-date in HEART HEALTH

Be One in a Million Hearts

Be One in a Million Hearts.

Lessons of the Heart

“It takes a lot of courage to show your dreams to someone else.” ~ Erma Bombeck